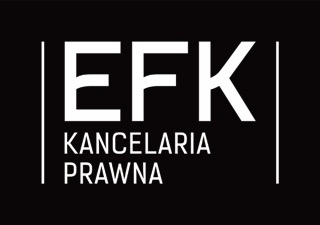 The outbreak of the coronavirus epidemic and the associated restrictions on traveling have complicated the performance of standard procedures for the operation of enterprises, in particular those requiring meetings, such as general meetings of partners of limited liability companies

Meeting of shareholders in a limited liability company is a collegiate body which, in order to act which is adopting resolutions, generally required the meeting of the company’s shareholders in person in one place, usually the company’s headquarters. During the epidemic, such meetings were highly difficult, especially if the company has partners who come from or live abroad on a daily basis. The solution to this problem is to be an amendment to art. 234 [1] of the Commercial Companies Code changing the mode of conducting online meetings.

Until now, the Code of Commercial Companies has allowed the meeting to be carried out by means of distance communication. This was, however, subject to a fairly serious condition of placing such procedure in the company’s articles of association, which required either anticipating it already at the stage of establishing the company or making changes to it, which of course involves higher costs and the form of a notarial deed.  In the current shape of art. 234 [1] of the Code of Commercial Companies reverses the mechanism and allows meetings in this form if it’s not prohibited in the articles of association. It is enough for the person calling the meeting (usually the board of directors) to inform about the online procedure.

Additional conditions for conducting a remote meeting include the adoption of the rules for holding meetings in this form by the supervisory board or the shareholders themselves. The rules should specify the necessary requirements and circumstances for conducting such a meeting and in case of approving it by the shareholders, it should be adopted by resolution. However, it doesn’t mean that the choice of such a procedure still requires a meeting to be conducted in order to pass a resolution in a traditional way because the amendment provides an alternative way of approving the regulations by adopting it without having a meeting, if the shareholders representing the absolute majority of votes agree in writing to the content of these regulations.

It is noteworthy that the above change was not introduced only during the epidemic and will remain in the Code of Commercial Companies after it is ended.